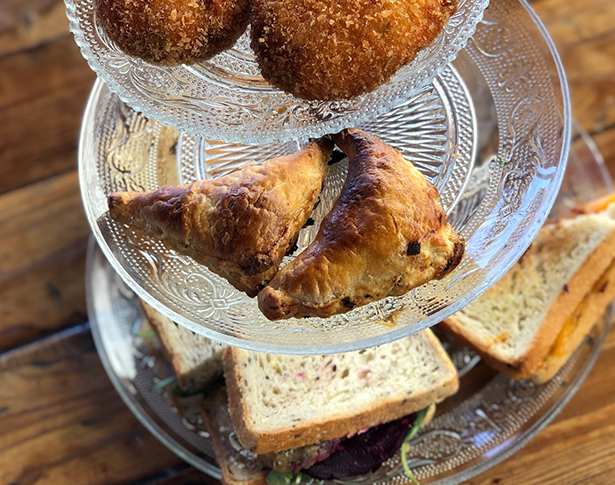 Television’s Food Network has come a long way. In the early days it was all about teaching cooking. Today the internet has caused an explosion in food-sploitation, celebrity chefs are like rock stars and food as entertainment has become big business.

One of my favorite shows is “Chopped”—you know the one. For a $10,000 prize four chefs are given mystery baskets with four ingredients that not only don’t go together, but some of the contestants never heard of, much less know how to use. To up the ante, they’re given only 20 minutes for the appetizer round and 30 minutes each for the entrée and dessert round to present a dish to the judges that is delicious, creative and visually appealing.

This was the challenge facing Chef Shachi Mehra, chef/owner of Adya at the Packing House in Anaheim and Irvine, on a recent episode (Spoiler alert: She won!)

The theme of the day was ooey-gooey cheese, which might have presented a problem. “Indian food traditionally does not have a lot of cheese,” she said, “but I grew up in New Jersey and ate my fair share of cheeses. At Adya our Goat Cheese Naan is the happiest marriage of grilled cheese and Indian food ever.”

But how on earth would you incorporate a French fried cheese tower and corn and cheese ice cream into an appetizer? Chef Shachi thought immediately of a tikki. “It’s a traditional Indian appetizer made up of potatoes, generally in cutlet form, with jalapeños, turmeric, coriander and cumin,” she explained. (No worries. For the tikkis presented here you won’t need a French fried cheese tower or corn and cheese ice cream!) “The tikki is absolutely delicious,” warbled Indian chef and entrepreneur Maneet Chauhan, one of the judges. “The spices bloomed and they enhanced the dish, and I love what you’ve done with the ice cream. It’s almost like a tamarind chutney.”

How did Chef Shachi feel about facing an Indian judge, I wondered. “I was actually really excited,” she told me. “I was aware that she’s going to understand the nuances of what I’m doing with Indian flavors. The flip side was she could judge me more harshly.”

As it turned out, both Chauhan and judge Marc Murphy gave her high marks. “When Marc said twice that I had presented a composed dish, it made me feel really good about what I accomplished with these random things I was given,“ she noted. Chef Jeffrey Zakarian dissented, however, calling her appetizer “not cheesy enough,” and criticizing her dessert because he said the apples were not fully cooked. Chauhan disagreed. “The texture is incredible,” she said. “The crunchiness of the filo with the slightly cooked apples—it’s delicious.”

To prepare for the show Chef Shachi’s husband on two occasions brought home random ingredients and timed her while she created her dish. “He actually timed me for 20 minutes and told me it was 30, just to give me a sense of time,” she said. But who could adequately prepare for using deep-fried grilled cheese in the entrée round and rainbow mozzarella and spray cheese in the dessert round?

The time pressure on the show is enormous. Contestants have to think really fast and get all four ingredients on the plate before time runs out. Why would these chefs want to put themselves through it, I asked her. “In my restaurant I’m really working on dispelling Indian food myths, that it’s too spicy, too heavy,” she explained. “And with the $10,000 I really want to expand my culinary empire. I want to start a line of Indian sauces. I want to write my cookbook, which is about bringing Indian spices into your home, an extension of my classes.”

Chef Shachi is a consummate teacher and holds regular classes, including lunch with wine/beer or chai, at Anaheim’s Packing House. (For a schedule go to http://adyaoc.com) With its emphasis on vegetarian cooking, Indian food easily adapts to the kosher kitchen, so I was recently thrilled when I was invited by Melissa’s Produce, which sponsored the event, to attend. Surprisingly my favorite dish of the day was Roasted Okra with Cherry Tomatoes and Red Onion. I had a hate-hate relationship with okra for decades. Okra? Eeeew – slimy! Then Chef Shachi made a convert out of me.
“Roasting the okra in a high heat oven helps reduce the sliminess,” she promised, and she was right. This bright vegetarian dish marries blistered cherry tomatoes and onion with the fresh okra—then a splash of lime and the addition of the Indian spice mixture called chaat masala (sometimes called chunky chaat masala) make the dish craveable.

“’Chunky’ is not the right word,” she said. “‘Masala’ just means a blend of spices. There are different blends. The word ‘chaat’ means snack, also quite literally ‘to lick.’ Garam, for example, means warm, so garam masala is warm spices. Chaat masala is a blend of 13 different spices with the flavors of dried mango, cumin and pepper.”
With Melissa’s Produce sponsoring the event for food writers and bloggers, we each went home with a “swag bag” from Melissa’s full of the fresh produce used in the recipes, including—drum roll—okra. I couldn’t wait to get home and make it. For the first time ever my husband took seconds of a vegetable dish!

Chef Shachi describes Adya as “an authentic Indian restaurant that is a reflection of modern India. We use fresh, sustainable ingredients and focus on contemporary interpretations of Indian street foods, tandoori specialties and rich curries.” While devotees of Indian cuisine will recognize the classic Indian dishes—the most popular dish on the menu is chicken tikka masala, she said—Chef Shachi is not afraid to shake it up with unusual ingredients or to combine with other cuisines for some creative fusion.

“Every year Melissa’s sends out their annual list of food trends, and I like to try things on that list,” she said, “like Milpero tomatillos, which are sometimes green and sometimes purple. They’re not traditional in Indian cuisine, but I like to use them in fish curries. We had a dinner recently that combined Mexican and Indian cuisine. It’s a collaboration.”

These will make a great appetizer for Thanksgiving. Find the curry leaves and chickpea flour at an Indian market.

Jlife Food Editor Judy Bart Kancigor is the author of “Cooking Jewish” (Workman) and “The Perfect Passover Cookbook” (an e-book short from Workman), a columnist and feature writer for the Orange County Register and other publications and can be found on the web at www.cookingjewish.com. 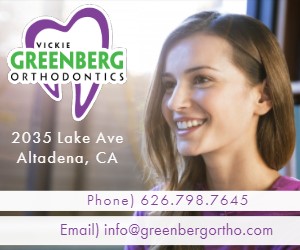 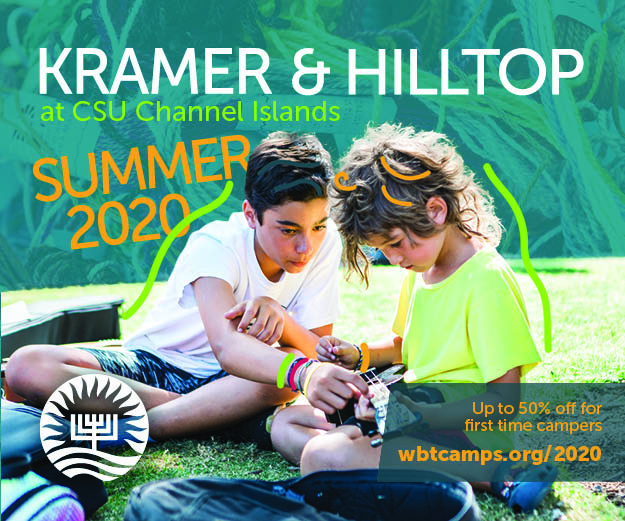